2020 Global Gaming Vertical Trends That Cloud Vendors Should Know About 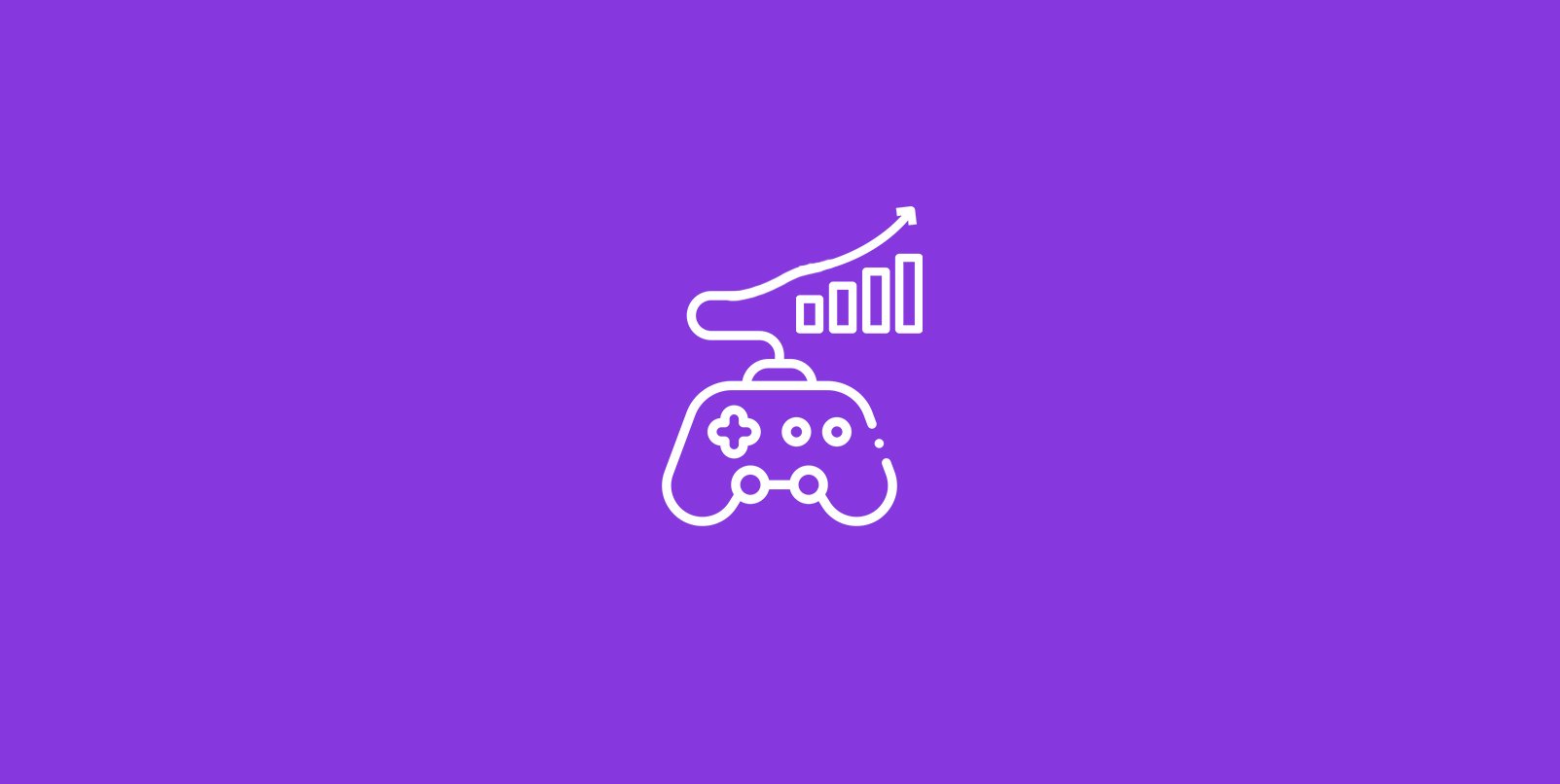 The COVID-19 pandemic has impacted every industry and economy across the world in 2020. The increase in people staying home has contributed to growth across the gaming vertical.

Cloud gaming and streaming platforms continue to drive growth in this landscape: one such example, Twitch, saw daily viewership in the U.S. more than double in Q1 2020 (Source).

Gaming companies are seeking vendors who can help them create the optimal gaming experience for their users – one with “lag-less” latency, social gaming capabilities, sufficient bandwidth for broadcasting, and more.

Read on to learn about some of the key trends driving growth in the gaming industry, or l download our full 2020 State of the Gaming Vertical Report here.

COVID-19 is accelerating the growth of the global gaming market

Before the arrival of the coronavirus pandemic, the gaming vertical was already on an upward trend year-over-year. With more people staying home, however, the market has been flooded with new users and dramatically increased traffic demands – particularly in the cloud gaming and streaming spaces. 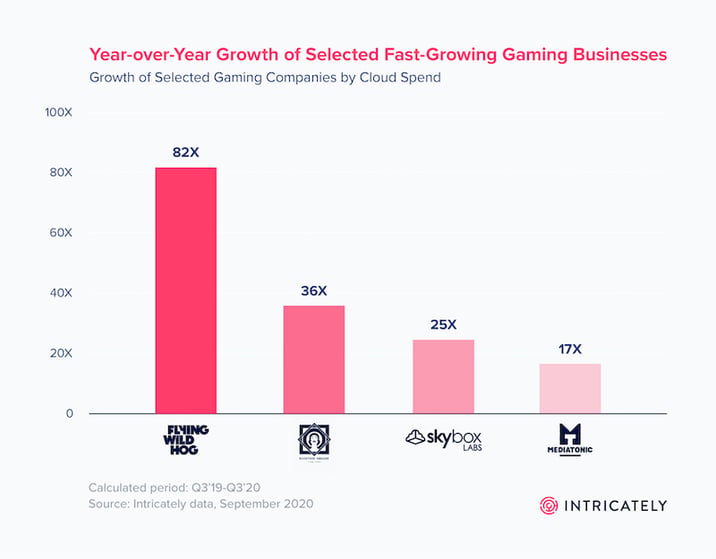 Consumers are on the hunt for new games and new opportunities for distanced social interaction via the cloud. Vendors that sell digital infrastructure are adapting rapidly to meet the increased demands from both gamers and gaming companies alike.

With just over half (53.6%) of the world’s population having internet connectivity, and that number steadily increasing each year, there are fewer barriers than ever for users to join the gaming community through cloud gaming (also called gaming on demand). Rather than needing to invest in a costly console and physical copies of each game, anyone with an internet-enabled device can play anytime, anywhere. In addition, 1 in 10 internet users and 16% of gamers use a cloud gaming service each month, rising to nearly 1 in 5 among gamers aged 25-34.

Here are a few of the benefits cloud gamers enjoy:

All these benefits are not without their challenges, however. Creating “lag-less” gaming experiences when relying on IT infrastructure can be a major hurdle.

“‘Human sensory systems can detect very small relative delays in parts of the visual or, especially, audio fields, but when absolute delays are below approximately 20 milliseconds they are generally imperceptible.’ As long as the total latency is below that threshold, your cloud gaming session should feel like it’s local.”

The market encompasses more than just the actual game developers and hardware manufacturers these days. One growing phenomenon revolves around social interaction via games (“social gaming”) and live streaming game play over the internet (“broadcasting”).

Prior to the pandemic, 2 in 10 internet users had watched a live gaming stream over the course of a month, with that figure rising to 1 in 3 among gamers.

Amidst COVID-19, however, broadcasting and social gaming are gaining popularity even faster. After smashing viewership records in Q1 2020 during coronavirus lockdowns, the largest game-streaming service, Twitch, saw a massive 62.7% increase in hours watched to reach 5 billion hours watched in the second quarter.

With the increasing emphasis on mobile gaming, even social media platforms are joining in:

The global gaming market is becoming more fragmented and competitive

As the demand for online games and penetration of mobile applications continue to increase, new businesses are expected to be attracted to the market over the next few years.

While giants like Sony Corporation, Microsoft, and Nintendo have widespread market penetration, the barriers to entry are diminished as companies no longer need distribution channels for physical copies of games and can instead reach gamers around the world via the cloud.

With this, the competition starts to center around the user experience itself: latency, bandwidth, and whether IT infrastructure providers have PoPs in the fastest growing markets to facilitate those experiences.

Let Intricately help you find the next opportunities for cloud vendors within the gaming vertical. Contact us to learn more. 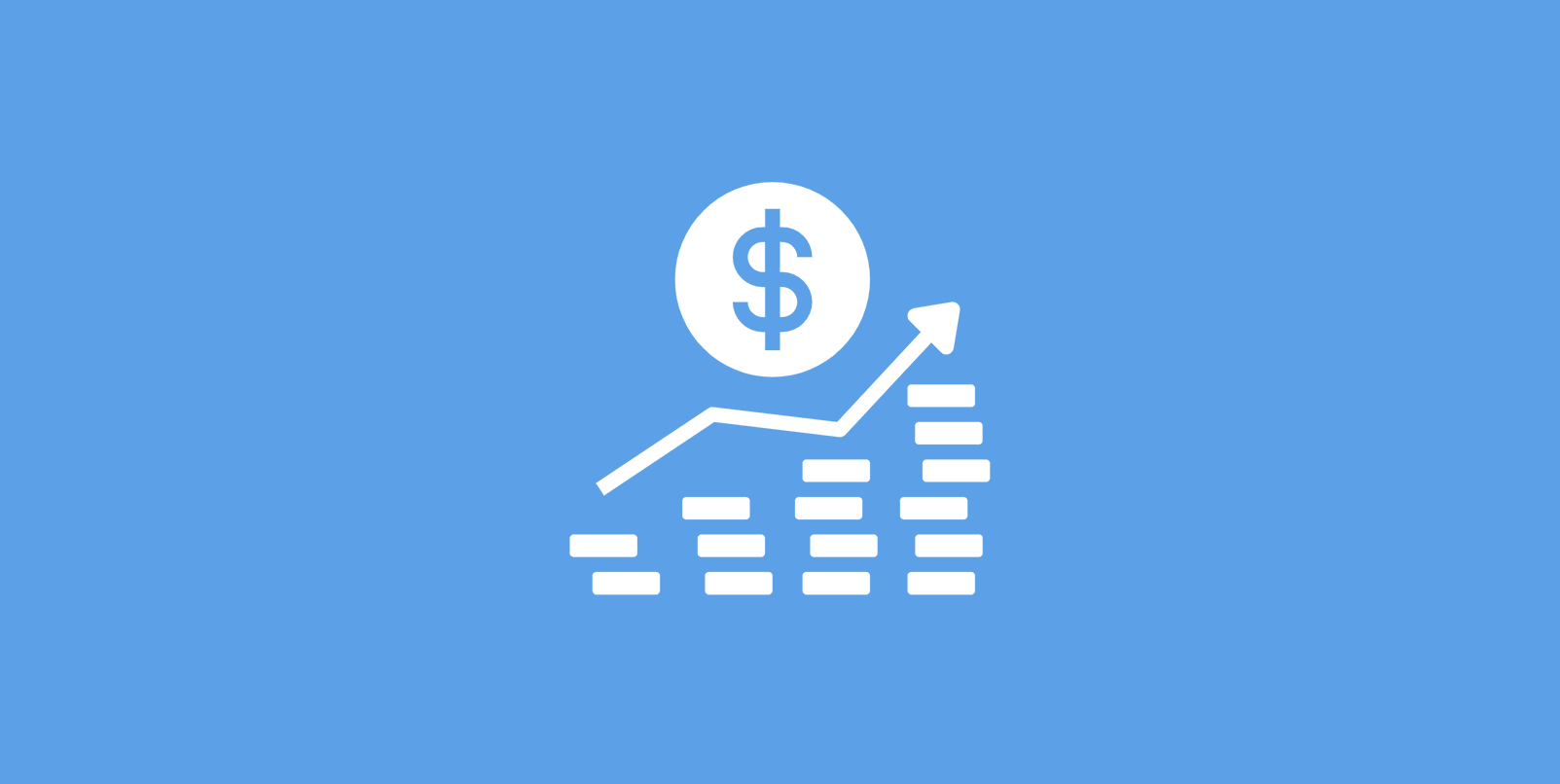 Intricately’s cloud data empowers go-to-market teams with a granular view into the many sectors of the cloud infrastructure market.
Read more 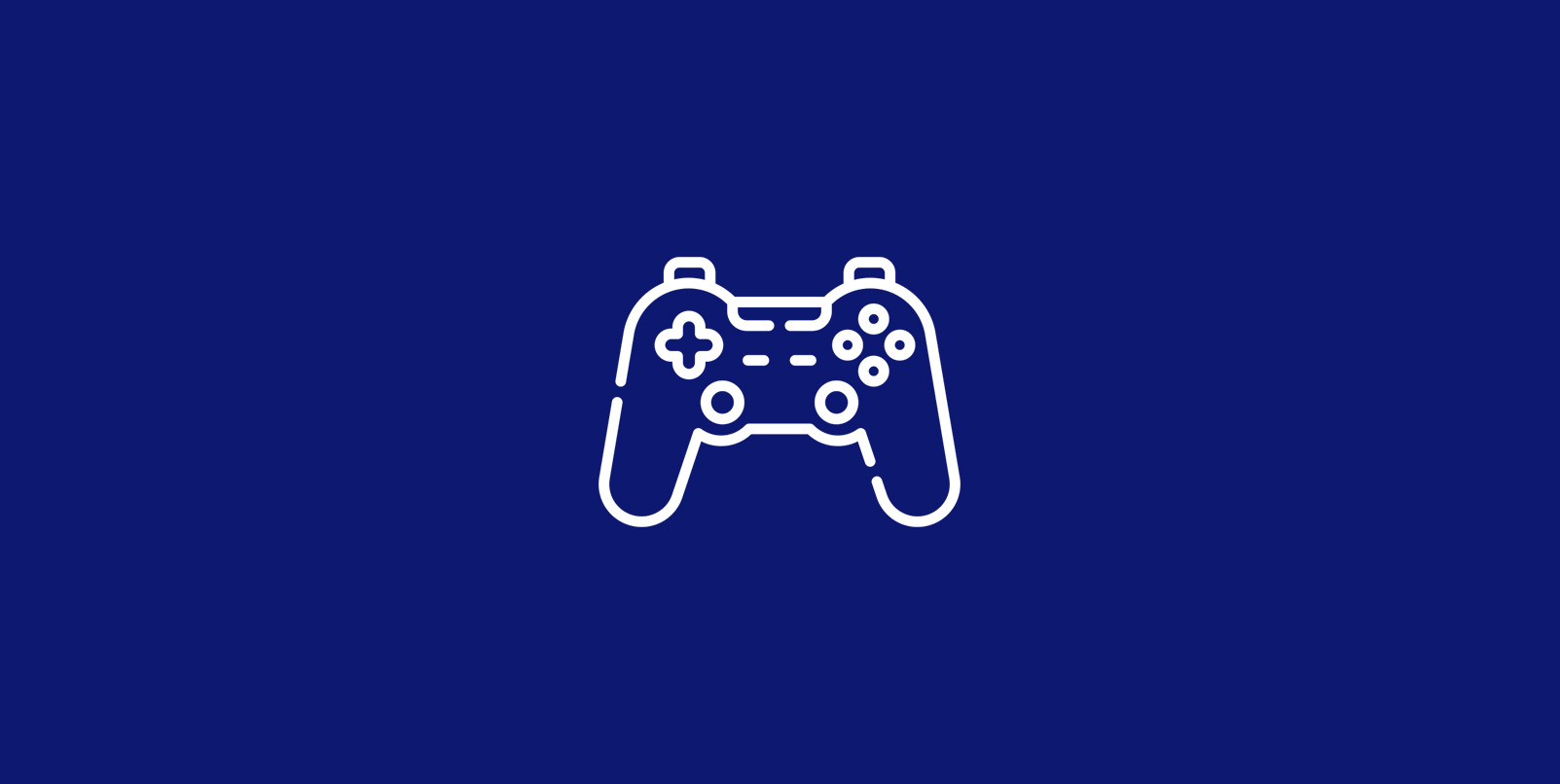 2020 is predicted to bring game industry revenue from consumers of almost $160 billion. The market...
3 Minute Read
Read On 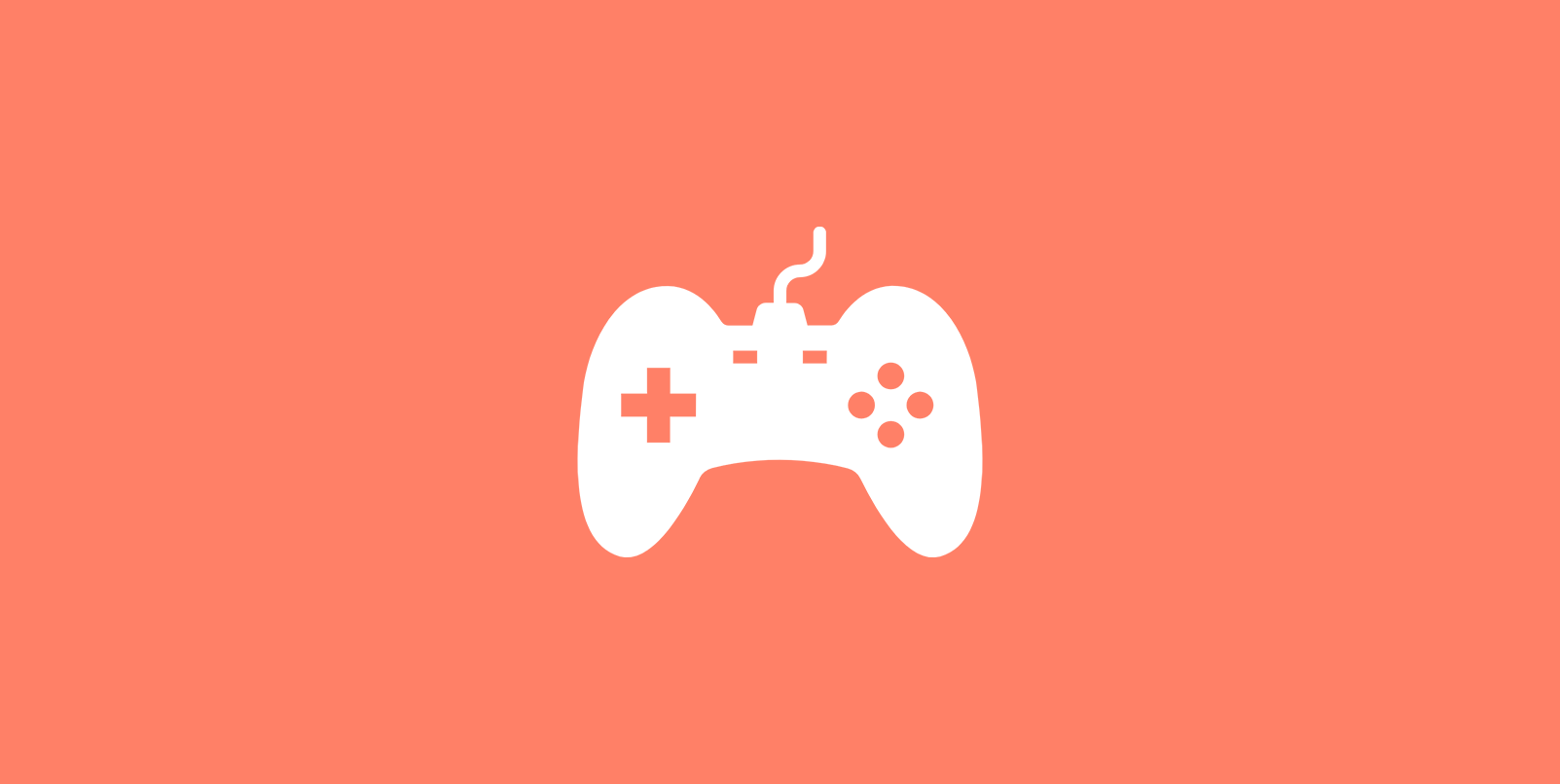 Imagine a world where video gamers could untether from their PCs and Xbox consoles and play...
3 Minute Read
Read On 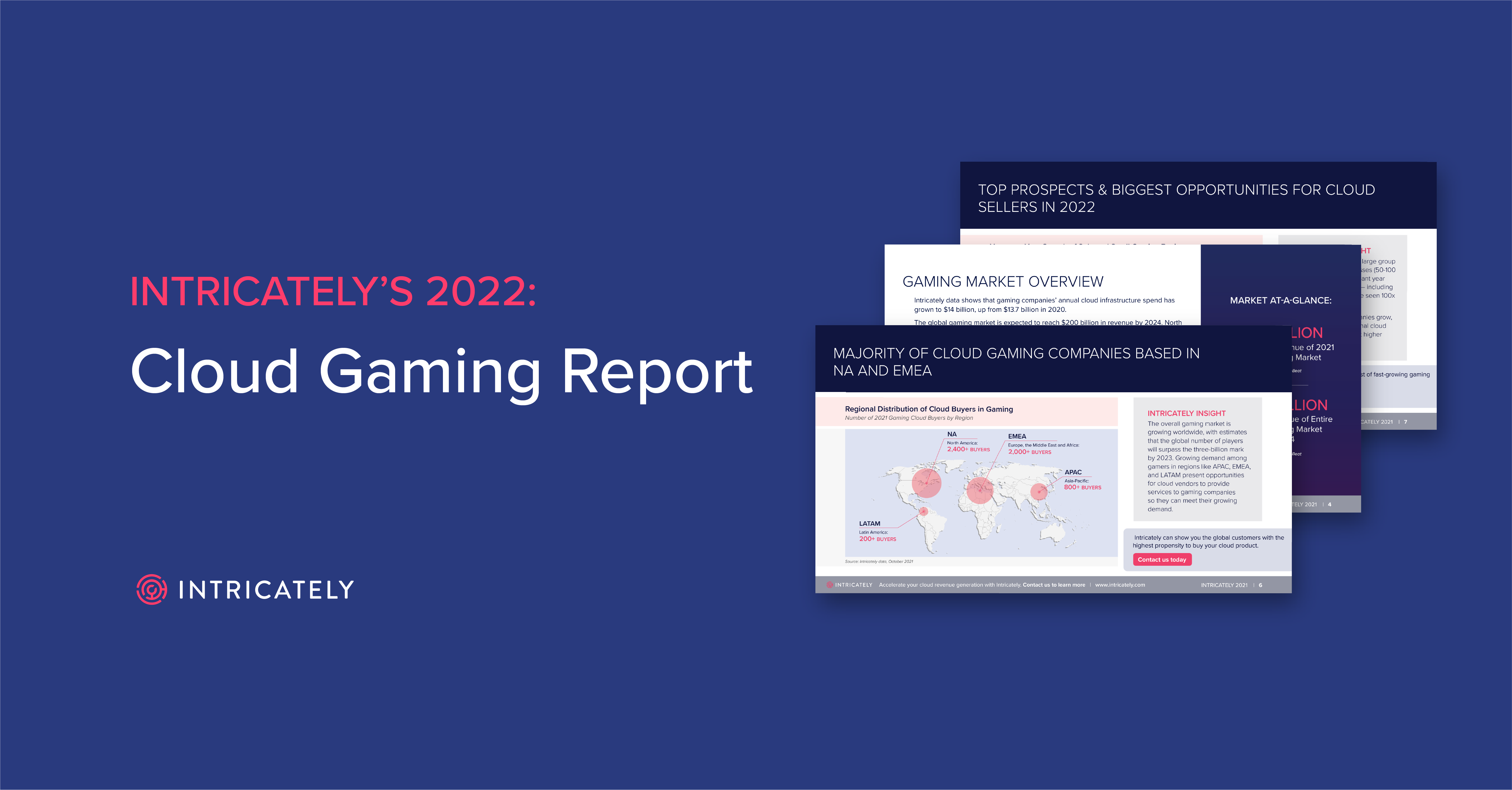 Cloud infrastructure adoption, usage, and spend is growing across a wide range of verticals. Using...
3 Minute Read
Read On